I potty trained both my son and daughter. A lot of things I learned, hope it helps fellow mommies as well.

My son Noah is now 3 and fully potty trained. I tried to potty train him when he was around 18 Months but, found out it was too soon for him, he wasn’t ready.

At 2 Years old, I tried again and before hand I researched a lot. Before I started to actually start the training I’d read Potty books, and every time he’d pee or poop in his diaper I’d make sure he knew what it was. That helped a lot. 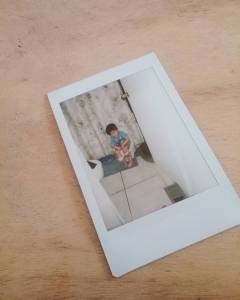 method, no diaper and no underwear. I got an app by pull-ups called “time to potty” where you sign up for free and put your kids info, like age and time they wake up and go to sleep and then you have a timer that lets you chose how much time to wait before you take them to the potty. I also got some suckers and stickers and told him if he went pee in the potty he’d get one as a reward.

The first day was not easy at all, a lot of pee accidents some accomplishments but not many. The second day a little bit more of accomplishments but still many accidents. He didn’t like the feeling of pee on him though he’d tell me immediately and then sit down on the potty after the accident. The third day was a huge surprise by the way the other days went I thought that potty training was gonna go on for a couple more days but, the third day it seemed to click in his head, and he’d tell me “Mommy I need to go pee pee!”

I was so surprised, that third day he didn’t have any accidents at all after that he goes on his own. The only thing that was a bit of a struggle for him is #2 he would get scared and didn’t like having to poop in the potty. That is the only thing that took a while for him to get used to but, I’ve read that its very normal for most children to be nervous/scared of going #2 anywhere other than there diaper.

Going out in public we’d always carry around his potty and later bought a compact one that we love.

Now, my daughter Lydia is 2 years old. I tried to also potty train her at 18 months old but, like Noah she wasn’t ready yet. She didn’t fully understand what it all meant I had to

explain everything better. So every time she’d pee or go #2 I’d tell her what it was or I’d also sometimes show her stuffed animals going “pee”.

Once she turned 2, I waited a little and kept just showing her what everything meant. She then started to tell me when her diaper had pee or poo and if it was too full she hated it. To me those are some huge signs that she was ready.

One day she then told me “mommy poo poo”. I wondered maybe she’ll go in the potty because I had checked her diaper and it was empty. So I asked her if she wanted to go on the potty and she said yes. So I sat her on our toilet, we bought a 2 in 1 for our toilet so that Noah can use it as well so she was so happy

because she was sitting on the “potty”. I  never thought she would actually go. But a couple of minutes passed by and yup she went #2. I even cried, because she is my baby and to me going potty in the toilet kinda means they’re not babies anymore.

After that I thought it would be so easy to potty train her since she was the one who told me that she needed to go. That next week I said I’d dedicate it into potty training her so I started Monday and yes there were a lot of accidents, day 2 as well and day 3 I thought since Noah had been so easy she’d be the same. But, we got to realize every baby isn’t the same. She goes pee and poo super easy every time I ask her but, that’s just it. She won’t tell me when she needs to. So for now still learning on that, I have a constant timer every 20-30 minutes after she drinks liquid and ask her to go to the potty and every time she says “Yes!” but, if I don’t ask her she’ll most likely have an accident.

Every baby is different Noah was trained in 3 days but struggled to go poo. Lydia, poo’d her first time on the potty but, won’t tell me when she needs to go. So every child is different we have different things we need to learn.

Let me know how you guys did it and if you guys have same situation with me like I do with my daughter.

Thank you for reading! 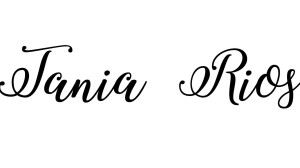 19 replies to “Potty Training a Boy and Girl”